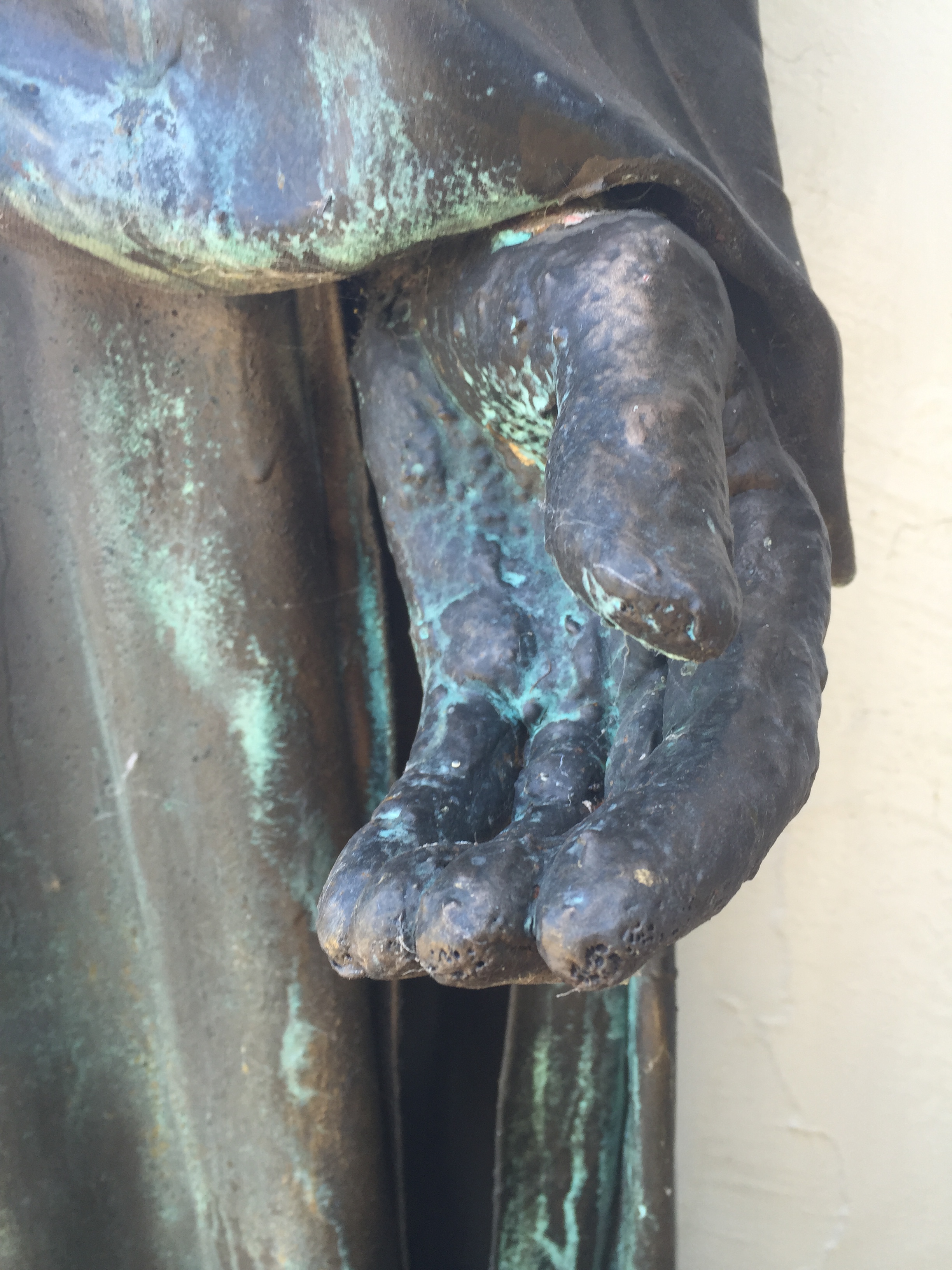 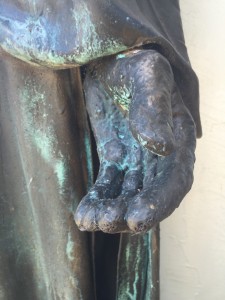 This morning, while returning from fetching the mail, I stopped on the walkway and sat on the front lawn with my dog.

Cleo and I looked at a sculpture that’s been in my front yard for the last couple of years for a good long while. My creative husband Wolf made it using various media, even casting his own hands and using my feet for the figure. I was there when it was installed and even had the plaque made at its base, yet often I just don’t see it. But today, it really caught my attention. I actually stopped and sat on the grass for a little while, contemplating what it was all about.

I remember how it all started. Wolf had gone to a class where he learned more about this media and when the project was being birthed, he wanted it to be an important figure we’d once read about. 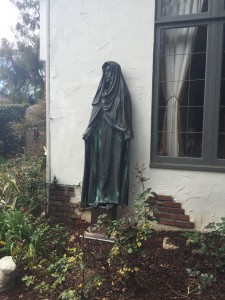 Brother Lawrence was a 17th Century monk whose job in French Carmelite monastery was to repair sandals and engage in the tedium of running the kitchen. He began to notice how easy it was for him to get lost in the tedium of his tasks that he would reach the end of the day and realize he had been too busy to think about God all day. This bothered him, and so he began to “practice the presence of God” in big and small things. As he would peel potatoes, he would thank God for making a vegetable that grows in the hard ground of winter. As he would clean the plates of the other brothers, he would thank God that they had just eaten a meal that filled their bellies. He practiced looking for and thanking God in the minutia of life so much so that after awhile, he couldn’t think of a time throughout the day when he HADN’T thought of God.

Wolf was so struck with this perspective shift that this dear, inspirational lowly man became the inspiration for the sculpture.

Who of us couldn’t use this kind of reminder? When we’re bored, unsatisfied, discontent… I wonder what would happen if we practiced ascribing everything we have and all that we experience to God, acknowledging our thanks out loud to Him? When stuck in traffic, we could thank God for having wheels to get us from here to there. When bored at our desk at work, we could thank Him that we will be rewarded with a paycheck that compensates us more than the majority of the earth enjoys. When transferring yet another load of laundry to the dryer, we can thank Him for shelter, food, and clothing.

If we can practice thanking Him here, who knows what we’ll be capable of when the big stuff hits?

Read more on the life of Brother Lawrence here.