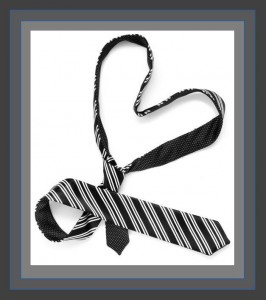 I’m pretty sure I would have and you know what? I’m not proud of it, but it’s true. I probably would have secretly seen it with a girlfriend or worse, let the Man of the Month persuade me to see it with him. But in either instance, I would’ve felt dirty but sure would’ve been there on the front row of church the next morning all cleaned up in my Cathy Christian persona. Such a fraud, wanting it both ways.

Since then, I’ve learned about second chances as grace released me from the ick of my hypocritical self, and it has driven me to live not a perfect life, but an honest one. But back then, I struggled with self-worth so low that it would cause me to do things a healthy person would never consider. Where it showed itself the strongest was with men.

Buddha said  “What we think, we become”. Science tells us that what we believe starts with what we think. I would’ve seen Fifty Shades of Grey and it would maybe have aroused me, it certainly would’ve confused me, and for sure driven further into the belief that what was good for ME was not on the menu. I saw the similarly controversial 9 1/2 Weeks in 1986 and walked out halfway through, but it was too late; even by then, damage had been done in my psyche and for years after, every time I connected with a man, I was haunted by the images I saw.

Although I never got caught up in real life situations as horrifying as this movie describes, I often entered into secret relationships and compromising situations with the same kind of disrespectful man, one who withheld love or was just a blatant narcissist. I routinely exposed myself to his selfish message and after awhile, was convinced I was unworthy. This is interesting because I have a loving father who, though very strong, always made sure I knew he loved me and wanted the best for me. But there were other male figures in my early life from whom twisted ideas about love were planted in my mind. Experience tells me that the shame from those ugly experiences drove me to hide the truth as I believed the lie that I was somehow responsible and ultimately didn’t deserve respect.

As I got older and made decisions of my own accord, I would often go in and out of wishing someone would talk turkey to me about my duplicitous tendencies but I wonder: if they had, would I have listened? Would I have heard the interventions of the caring soul who might’ve told me that exposing myself to these kinds of influences would wreak havoc on my emotional soul later in my life? I actually think I would have and in hindsight, wish someone would’ve taken the risk to get in my face.

But that was then. In recent years I have focused on trying to help other young women, hoping to help protect them from the pain I endured and from making the same mistakes I did. I’ve wanted to share how broken things can be put back together again with God’s help. For five years, I had the privilege of being the “spiritual mom” for a passel of gorgeous and bright young women in their early 30s, some of whom struggled with difficult childhoods resulting in low self worth. I took that role very seriously as weekly I tried to provide a safe place to explore things from a spiritual perspective that they didn’t feel they could ever talk about with parents or God forbid, in church circles. So when 50 Shades of Grey came out in book form in 2012, I felt compelled to steer them away from reading it.  I wanted them to understand that God saw them as perfect and that He wanted the best for them, as any loving parent would. I wanted them to see how their actions now as single women could deeply influence their future married life. I explained how feelings are formed from what we think, and how our thoughts are influenced by what we allow in to our minds but at the same time though, wanted to be careful not to be “that” Christian who protested so much that they would want to read it just to prove me wrong. Sadly, a couple of them did and I cannot help but believe there is a part of them that regrets it.

Anyway, I just learned today, the Monday after the movie was first released, this movie has already done over $81 million in box office sales… in just two days and they expect it to hit $100 million this week.  Millions of people have paid good money to see it… young people have gone to see it on a first date, groups of girlfriends have hosted FSOG parties where whips and handcuffs were given as party gifts, and some married folks have felt pressured by their spouses to go. What? And more importantly, why?

I’m no prude, but I know I’m not alone in my protest from both atheist and religious folks.

Popular erotic romance author and Huffington Post regular Jenny Trout blogs “I cannot, for the life of me, understand how it would be enjoyable to fantasize about a man who takes control in all aspects of your life.” Jill Savage, Hearts at Home president and best selling author and friend describes some of the dangers with “The problem with that is a slightly skewed perspective away from the way God wants me to live can easily become a slippery slope.” And Dannah Gresh, bestselling Christian author of Lies Young Women Believe and Pulling Back the Shades, wrote this just a couple of days ago in anticipation of the film’s release: “The romance you’re hungry for requires a strong man, but not one with whips and chains. So pass up Christian Grey and find a man who is so strong that he’d have the guts to lay his life down for you.” 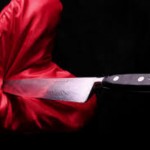 Cornell and UCLA psychiatrist and sex expert Miriam Grossman, MD wrote a compelling piece this week which said “The bottom line: the ideas of Fifty Shades of Grey  are dangerous, and can lead to confusion and poor decisions about love. There are vast differences between healthy and unhealthy relationships, but the movie blurs those differences, so you begin to wonder: what’s healthy in a relationship? What’s sick? There are so many shades of grey…I’m not sure. Listen, it’s your safety and future we’re talking about here. There’s no room for doubt: an intimate relationship that includes violence, consensual or not, is completely unacceptable. This is black and white. There are no shades of grey here. Not even one.” 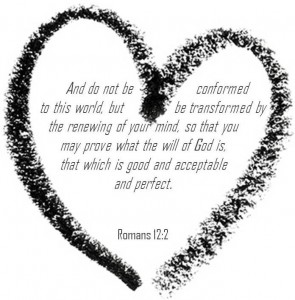 It does start in our mind.  It is science. It all starts in the brain. It is black-and-white… and indeed, there are no shades of gray. For me a great deal of healing has come since those days as a young woman as I recognize God sees me as a beautiful, perfect daughter. Although I am deeply loved today by a gloriously unselfish, respectable and respecting man, there are still some marks that remain but  I am no longer haunted by the past. But oh, what I could have protected myself from if only I had stayed on this side of the line when I drew it between where I stood and looming evil!

So, if you’re thinking about going, I hope this has caused you to pause if only for a moment. And hear this: no matter what the trailers say, no matter what the misguided author attests, and no matter how much your giddy friends might say otherwise as they try to entice you to a girls night out to see it, 50 Shades of Grey is no love story. It is a cheap thrill… nay, unadulterated porn.  Nothing more. And you know what? No amount of perfume sprayed on a pile of poop will make it stop stinking. A rose by any other name is still a rose.

I, for one, don’t want those images polluting my mind. Ever. When I am with my darling husband who loves me deeply, I only want to see us; our love, our way- the way God gave it to us… not some stranger’s twisted fantasy. So call me a prude, but I think I’ll just stay home tonight, blissfully ignorant, and bask in the only pure Love Story* I’ve ever known.